I'm an aspiring game developer. I've been programming for many years, I've gotten a degree, and I've worked professionally doing project management and IT security for the government, but I'm still working on my game development breakthrough. I've learned quite a few things working on various indie game development projects though. One of the most important lessons that I've learned is indies shouldn't be concerned with keeping their game ideas secret and that it's much better when indies let others know about their ideas.

I know what many of you are thinking now. "What do you mean? If I don't keep my idea a secret, some big company is going to steal my idea." Well I'm sorry to break this to you, but no one wants to steal your idea. Even from a business point of view, it doesn't make sense to steal your idea. I found a very interesting article over at Kotaku.com that estimates the budgets of some AAA video games. The cost for some of these games are astronomical. For instance, Borderlands 2 had a budget of $30-35 million and Star Wars: Clone Wars: Jedi Alliance had a budget of $15 million. Even if part of the cost went to marketing, those are still huge numbers and they're not even the most expensive. Call of Duty: Modern Warfare 2 had a budget of $200 million which includes marketing and global distribution. Why would a large company want to sink millions into a design by an unproven developer's idea. Even if a large company or maybe even another indie studio does steal your idea, what are they really stealing? Maybe just the genre and some game play elements. Unless the idea is extremely simple, once they mix in their own artistic and designer creativity, they'll end up making a very different game.

Another reason why people don't want to steal your ideas is related to why they want to make games. Many have decided to go into game development because they initially had a game idea that they wanted to make. This is exactly what inspired me. Now I have many game ideas that I'd like to implement. We don't want to make your ideas, we want to make our own. If you only have an idea and want your game made, try to find a developer willing to do it. They'll make it for you, but only if you give them money to do so.

But some may point out some examples of stolen game ideas. An easy example of this would be Flappy Bird and its copies like Flappy Bee and Flappy Plane.(npr,org) You can look at an even older example. The popular game Street Fighter II had many clones. One was called World Heroes. (Kotaku.com) But even though these games were copied, there is one interesting commonality. An unproven idea was not copied. A complete and successfully made game was copied. This is a key point so I'll repeat it for emphasis. A complete and successfully made game was copied. An idea has very little value. You may think it's good, but until it has been completed or at least play-tested, there is no way of knowing if those ideas will translate into a good game. A game idea gets value after it has been implemented. Don't overestimate the idea and in turn underestimate the work of the programmers, artist, level designers, and all the others who work to make the idea a reality.

When I look back, this "ideas are like gold" mentality has cost me and my team a lot of problems. Probably the biggest issue with it was it actually stopped us from finishing any games. This would always happen. We'd start making a game with a nice story and suddenly one of us would say, "this could turn into a really good game, but we don't have the resources to do it justice. Let's make a different game first to make some money and then we'll go back to the original game." Eventually we'd get so enamored with our "quick development" game that we'd stop making it as well because "it's such a good idea, we wouldn't be able to do it justice with our limited resources." We had one game called "Cybernetic Dawn" that had levels, AI, music, menus, etc. It wasn't the greatest game, and the AI needed work, but we were so worried about the idea, that we couldn't see that we just needed to polish and release it.

There are more benefits from sharing your ideas than there are disadvantages. As I said before, at one time I was fixated on ideas and kept them secret, but as I've gotten older I've realized something. We are just indie developers and indie developers need to think and act like indies. Community support is needed to stay focused and motivated. Once people know about your ideas, you'll feel pressure to finish it. This is one of the reasons why I feel it's necessary for indies like myself to talk about our games. Motivation can be a project killer, but if you have people that are following your project, their energy and positive comments can help. Interacting with people and talking about your game will keep you interested in finishing it.

Also, earlier I said that developers will only work on your ideas if you pay them. While this is true for professionals, some indies and hobbies may be willing to help you if you show progress. If you have a website, screenshots, and are actively talking about your game on forums, you may be able to find good people that can support you. However, if you go on a forum and ask people to sign a NDA (non-disclosure agreement) before you let them know your big idea, you won't get any good responses. People will want to know more about the project before committing to it.

Another big benefit is sharing early means advertising early. The best games still need marketing and advertising. Imagine there's a person who has been following your project for months. Later you decide you want to try Steam Green Light or crowd funding. Well, if you've been telling people about your project, you'll already have potential supporters. If you work hard to build a following for your game, while you're developing it, when it comes time to release your game, your fans will have been waiting for it. This will greatly increase your chances of success. These days crowd funding has also become a valuable tool for developers. Early advertising by telling people about your game can help you.

There aren't any good reasons for indies to hide their projects. Being secretive about your projects will do more harm than good. It would be much better to be open about your projects and get help from the development community and from your potential fans. This will improve your chances of being a success story. 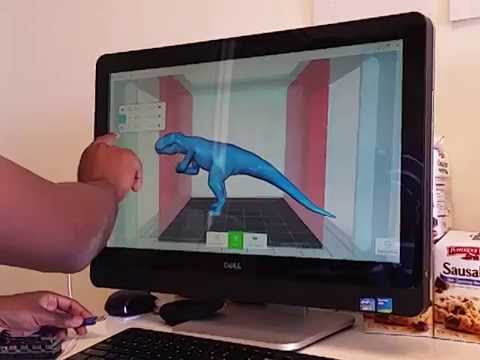